We will be show case our MastRap Dual and MasterRap i4 in the Maker Faire Ottawa. Nov. 7-8 from 10am-5pm. Came and visit our booth to see the Maker Movement of the 21 centurary, the econmy driving force.

About the Project of MasterRap Dual and MasterRap i4 DIY kits

The MasterRap Dual is intended to be a top performance 3D printer that outperforms those main stream big brands well over $1500 USD 3D printers in speed and layer thickness resolution currently on the market. The mechanical construction in this printer allowed the minimum layer thickness down to as small as only 8 micron (0.008 mm) for ultra fine printing that unseen in other printers.  It was designed with solid structural stability with future expansion ability to accept multiple tools attachment modules such as laser engraver, metal trace printing, light duty CNC router, and plaster extrusion for draw pattern for exotic application. We intend to continue future developed this to an exceptional multi-function enthusiastic professional maker tool that leading the industry to a next level.

The MastRap i4 DIY kit project is designed to be an lower cost advanced stand alone, able to print from SD card  with Reprap style 3D printer  which mean 3D print as much part as possible for the printer so that it is a self-replaceable., With easy access front load filament, anti- grinding on filament mechanism. It is intend to be a significant upgrade and supersede, replacement of the widely popular Mendel and Prusa i3 which have very  poor performance in speed, precision, structure stability. MasterRap has exceptional minimum layer thickness down to 8 micron as well as stability much better than other DIY 3D printer’s kit available in the market.

As a DIY kit, it is also gear to be a educational kit for helping create, and empower a whole new generation of global maker movement in the world to enable pioneer to be part of the 3rd industrial revolution. As the author Chris Anderson discuss in his book < Makers: The New Industrial Revolution > that published in 2012.

We quote the overview of his context below: (Source:   https://en.wikipedia.org/wiki/Makers:_The_New_Industrial_Revolution)

We’re now entering the third industrial revolution, Anderson said. The first one, which began with the spinning jenny in 1776, doubled the human life span and set population soaring. From the demographic perspective, "it’s as if nothing happened before the Industrial Revolution."

The next revolution was digital. Formerly industrial processes like printing were democratized with desktop publishing. The "cognitive surplus" of formerly passive consumers was released into an endless variety of personal creativity. Then distribution was democratized by the Web, which is "scale agnostic and credentials agnostic." Anyone can potentially reach 7 billion people.

The third revolution is digital manufacturing, which combines the gains of the first two revolutions. Factory robots, which anyone can hire, have become general purpose and extremely fast. They allow "lights-out manufacturing," that goes all night and all weekend.

"This will reverse the arrow of globalization," Anderson said. "The centuries of quest for cheaper labor is over. Labor arbitrage no longer drives trade." The advantages of speed and flexibility give the advantage to "locavore" manufacturing because "Closer is faster." Innovation is released from the dead weight of large-batch commitments. Designers now can sit next to the robots building their designs and make adjustments in real time.

With the tools of MasterRap that we are making, it clearly demonstrates the unlimited power of making things can be unlocked for everyone. We are demonstrating to print out 3D printer parts with 3D printer. People with ideas can quickly make a prototyping of anything they want to make in hours. And this open the biggest opportunities for creative people to invent, design and make, and then bring innovation of new thing to the market quickly when combined with the fund –raising platform that is become widely popular for people to move along the 3 steps to turn concept into finacaila reward and realized their dream: Vision-->Maker--->Entrepreneur the 3 steps for the new economy driving force in 21 century. And this is the formula all engineering student can follow to become extraordinary successful in the 21 century.

With the cost effective high performance MastrerRap that we are developing, we are showing the clear direction of how the manufacture is a key for a country’s economy. A good example of Chris Anderson's personal experience shows aptly Maker Movement of self-made things since the development trend: When you start a profitable interest, you change from a self-made entrepreneur who, when the self-made person define start to blur, and overlap. Chris Anderson explained that when he was just a child that is remote-controlled aircraft assembled father, he is a Maker person; but now he UAV career began to take off, he has become a Entrepreneur person. But when he saw his children all day long fascinated DIY stuff, they made no doubt who is the next generation of maker, so far from the maker movement has begun to branch and then merge.

Open innovation is the source of energy, the world's smartest people to gather here, they must master the power of this wave of open innovation; self-made person sport is an obvious example. And the tool to empower the maker is a DIY 3D printer and combination of multi tools, and this tool is being developed by us. In the MasterRap Dual multifunctional with attachment of laser engraver, light duty CNC router, plaster extrusion.

We are set to empower the future for the most innovative makers who will drive the 21 century of global economy. The countries have most Makers, and strong economy based on manufacture will be the winner in the 21 century in the globalized economy.

Example use of the MasterRap 3D printer including make and fix all house hold items, print out open source 3D models from digital library  like http://www.thingiverse.com  , Google 3D ware house,  As the 3D printed drone, new tools innovation, robotics building blocks,   print out 3D house models, artist will use for make art pieces, and jewelers can use it to make jewelry …It is our example of using of our MasterRap to print out parts for the next genertion of MasterRap line of 3D printers.

Other million of free opens source 3D objects that from http://www.thingiverse.com :can be made using the MasterRap 3D printer 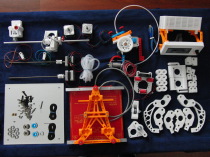 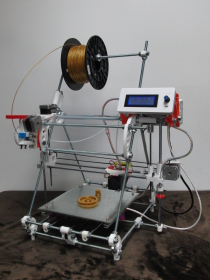 Master Rap i4 after assembled from the DIY kit, the picture show it have just print out gear for itself. 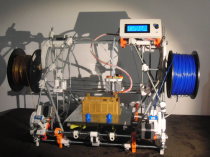 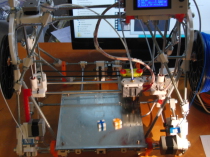 A dual color/materials printed into objects

Other million of free opens source 3D objects that from http://www.thingiverse.com :can be made using the MasterRap 3D printer 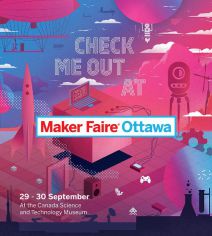